I wanted to die.  Not out of anger or fear.  I just wanted the pain to go away. It was the only way I could imagine it would stop. End it! I didn’t just feel pain. I was pain itself – and it had to end.

I had some deep dark days dealing with childhood sexual abuse, a teenage rape and feelings of utter worthlessness.

I never actually physically attempted suicide.  But for many years the thought was never far from my mind.

What kept me from doing it?

In the beginning it may have been the Catholic faith I was raised in.  A part of me was hopeful, despite my deep depression. I was an optimist at heart.  I kept telling myself that maybe, it would get better.

Maybe, if I offed myself I would miss something really good that would make me feel happy and good about myself.  What if that good thing happened tomorrow and I would miss it by just one day?

Maybe it was Rita Moreno.  I saw her on a talk show many years ago where she talked about her suicide attempt.  “If you ever feel like killing yourself just wait one day,” she said.

I found strong support through therapy, but the thoughts persisted. Suicide became a trusted escape hatch.  When the depression and anxiety felt too much to handle I could tell myself, I had a way out.  I was not trapped in this mess.  I could leave anytime I wanted.  I didn’t have to actually go down that chute, but if it was handy I would feel safe.

I was tired of the dark sameness of my life, but the idea of change was terrifying.

I was afraid to show who I was.  Exposure felt unsafe. Stay hidden or you will be abused, beaten, raped. But something in me wanted to emerge. I dared myself to break out. Step into the light. It felt like I would die if I stepped out even one inch. I was trapped there in that place between deep yearning and fear. It felt like I would die, if I did this, if I stepped out into the light. I realized this was a suicide. I would die this way. Not a physical death – but a jumping off the cliff into a new way of being.  A new expression of who I am. 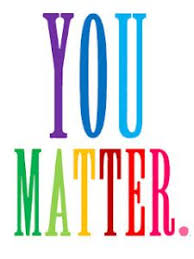 Since that first leap, I have had many suicides.  I confronted my abuser.  That was jumping off a scary cliff.  Years later, I forgave him.  That was an even bigger cliff.  I took on leadership positions at work. That was frightening – it was exposure. I might be a target for abuse – but I was not. Those leadership positions helped me discover a whole part of myself that was always there, but had kept hidden even from myself.

I survived all of them.  The old Elaine was dead and the new one was there to live a new joyful life.

My favorite suicide has always been the last one — When I am still still basking in the afterglow after having taken a chance to expand into my sense of who I am.

My most favorite suicide is the next one.  I don’t yet know what that is. I eagerly await its revelation.  I will jump off that cliff with joy into a new me.