Anger means our boundary, our rights, our safety or our future has been violated or threatened.

Anger, a human emotion, is not wrong or bad. Demanding that justice be served or speaking out against the abuse of power stems from the beauty of anger. Using anger to pull our self up after another knocks us down, is healing. There is nothing more powerful than channeling our anger into what we believe.

We need to allow our anger to rise to the top, so it does not come out sideways on an unsuspecting innocent victim or take a U-turn, where we may use it against our self. It is the stuffing down or denying that creates the explosive anger that is harmful, giving anger a bad rap.

Anger is a beautiful emotion giving us the fuel to fight for our rights, our dignity and our honor.

Fighting means we have hope. We have not given up. We know that change is possible. We need to tap into our anger and take action. We need to find our voice that urges us to leave that abusive relationship, make that phone call, demand that meeting, write that email or grab that picket sign.

Fighting means we have the courage to say no. Not on my watch.

Fighting begins with anger and continues with passion. Fighting with respect and honor, helps us figure out with a clear head what needs to be done to make permanent changes in our life and our world.

When I feel into the world, I am blessed to see fighting happening at all corners of our earth.

I see a boy in a coma fighting for his life after being hit by a drunk driver.

I see a mother fighting for her child who is being bullied in school.

I see a couple fighting for their marriage, creating new patterns of communication.

I see a store owner fighting for his livelihood.

I see a professional soccer player fighting for her right for equal pay.

I see a survivor fighting for those who have not yet found their voice.

I see a courageous girl fighting for the world to take notice about the seriousness of our current climate crisis.

I see a soldier fighting for the freedom of others.

I see a teen fighting for her self-worth within the lure of peer pressure.

I see an addict fighting for recovery.

I see a protestor fighting for the rights to control her own body.

I see a husband fighting to keep his home from going into foreclosure.

I see a football player fighting for the rights of shelter pets.

I see patients fighting for their health.

I see a homeless man fighting to stay alive one more day.

Our world is not hopeless, even when we seem to be dragging our feet.  Don’t stop fighting. In fact, when we up the ante, we encourage others there is hope. That our life, our families, our country and our world know better. That we can do better.

It’s about time we all begin to get a little angry. Our world depends on it. 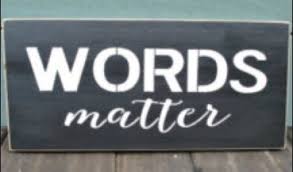 In speaking with a teen the other day, I noticed how excited she was that a local newspaper was publishing a piece of her writing. After the article ran, her good mood plummeted. It seemed the comments she received online were not as exciting, nor inspirational. In fact, they were harsh and meant to cut her down.

Was this her first lesson in writing? Perhaps. But it is more than that. The post was about school shootings, something near and dear to the hearts of teens these days. It was heartfelt and well written. The comments accused her of being naive, blaming of her generation for their inability to cope, that it was not gun control that was the issue, but the lack of awareness and mental health of her generation. The angry comments were directed at her; they were accusatory and vindictive.

Maybe it is because I am a mom of a teen or because I have been the receiver of being cut down, unkind abusive words encouraging me to hide my true self, but what does anyone gain from cutting someone else down? Nothing. Your point gets lost, and you lose credibility. In fact, this is the worst way to try and change someone’s mind, get your point across.

It is in fact cowardly to hide behind a computer screen and lash out. It is especially harmful when it is done to one of our children. We can disagree, but where is the respect? Where is the compassion?

Will we get to the point where we all become afraid to speak our minds, our truth for fear of negative abusive comments, internet trolls waiting under the bride while we dance across in our billy-goat costumes, hoping to just make it to the other side?

I applaud Jimmy Kimmel in his addressing this issue – as the famous actors and musicians read the unkind comments that were hurled at them from someone, alone, lurking in the dark, his fingers spewing out their insecurities aimed at a more pliable source than himself. Or Demi Lovato addressing her weight issues directly addressing those who criticize how she looks, not who she is on the inside.

But, no matter how we spin it, it is not ok.

The old saying that hurt people, hurt people is the truth.  So how do we stop it? People in glass houses should not throw stones but they do. They throw rocks, and hurl insults at other people every day.

I grew up in a glass house, and I threw rocks at times, as a child. Probably to get someone to notice I was hurting because someone was hurting me. As adults, it is our responsibility. It is our job to know better. To do better. To protect and serve our children.

My blog is not political, and the point of this post is not about gun control, but respect, compassion and the true meaning behind awareness.

It is not just that the pen is mightier than the sword, but the pen can be equal to the sword in damaging another’s well-being. One is physical, the other emotional. Both are harmful.

Words can cut another off at the knees, place a stake through the heart, choke the life out of us. They can also be uplifting, inspirational and loving. Sometimes it is all about taking space.

Look at the following words when there is no space. This is what happens when we don’t take the space to think about our words. They become swords:

Here is what it looks like when we take the space. Our words go back to being words:

This may be a simple example, but often the truth is simple. If you become angry, defensive, or feel the need to lash out, take a breath, take your space. This is just an new response to an old wound. Think about what you are needing to defend and why.

Whether it is through the written word or how we speak, we should all take space. Ask ourself – is this about me or her? Am I being kind and respectful in making my opinion known?

Knocking people down so we can feel better is short-lived, and like a drug, only temporarily takes away our own pain. Resolve your issues within yourself, not against someone else. Abusive remarks, abusive behavior happens often when people repeat what was said or done to them. The cycle of abuse can stop with you. Jump off that hamster wheel, and the next time you find yourself reacting to someone – take your space. Take a walk, take a hike, and wait. Then come back, check in with yourself, and ask, why is this bothering me to much?

And if you are the one who finds yourself on the ground, because someone knocked you down, you do not have to stay there. Dust yourself off, and know it was about them – not you. Then do better. Speak kindly to yourself and to others. Have compassion, and if you are pain, look for the hand that is there to help. Reach for that hand, instead of picking up a stone.

We owe it to our children.

We owe it to ourself.

We owe it to our world.